LETTER TO A POLICY MANAGER WITH RESPONSIBILITIES IN THE RURAL AREAS

14 hectares owned and 7ha rented (3 of them of the Land Bank of Galicia), the majority meadow, about 3ha forest (pine and chestnut), 1ha grain, and about 1ha apples (in which the cows are grazing).

With 20 cows and 300 apple trees in 2015 I produced 3800 kg of veal meat Gallega Suprema, and 15 tons of ecological apple (certified since 1999) for cider. This year there was no forest production.

Museum of conventional ancient agricultural machinery, with more than 20 machines in permanent exhibition, a collection of small tools and miniature farm machinery, in addition to an archive.

I use 3.5 kg of food per kg of meat produced 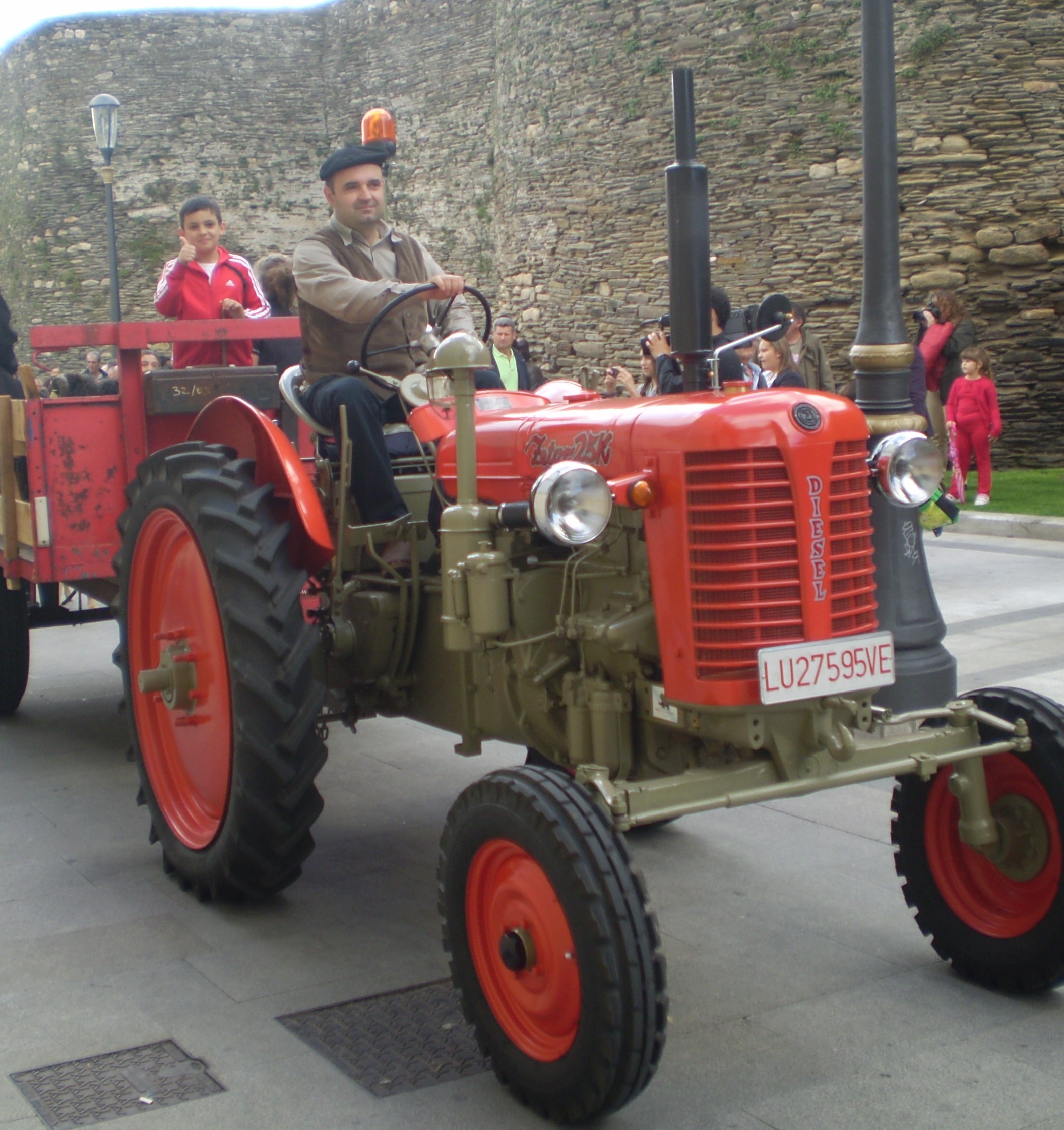 My name is Marcos, I’m from Traslite (Láncara Municipality in Galicia, Spain), I’m 42 and I’m a farmer in my head, my heart and my acts. The farm I inherited existed for over 200 years and thanks to the decisions of my recent predecessors, who decided to invest in my training, I’m an engineer, I have a master, I speak several languages and I am running a PhD. But I’m not only a peasant by compromise but also because, besides being a job that I like, I firmly believe that it is a way of supporting a quality of life and a profession of the future, provided to change the perspective of seeing rural society, the agricultural world, or “the country” (the words count) as a producer of money and not a producer of food and quality of life for all.

In the present, in addition to conducting agricultural work in my farm, to holding farm managing certificates, and to paying social security fees as an agricultural contractor, I develop activities related to my training although my sincere desire is that of being simply a peasant … and why I’m not? In our country it existed, it exists, and also in many parts of Europe, the trend that children study and abandon the rural areas, because it is synonymous with backwardness and work arduousness; in my case (by luck), I passed this phase successfully, but not without efforts (often very difficult and complex to overcome). Today, to be a peasant full-time, I need to give up the hours and efforts I dedicate to accomplish tasks that contribute to my satisfaction and personal fulfillment only because they bring more money at the end of the month. 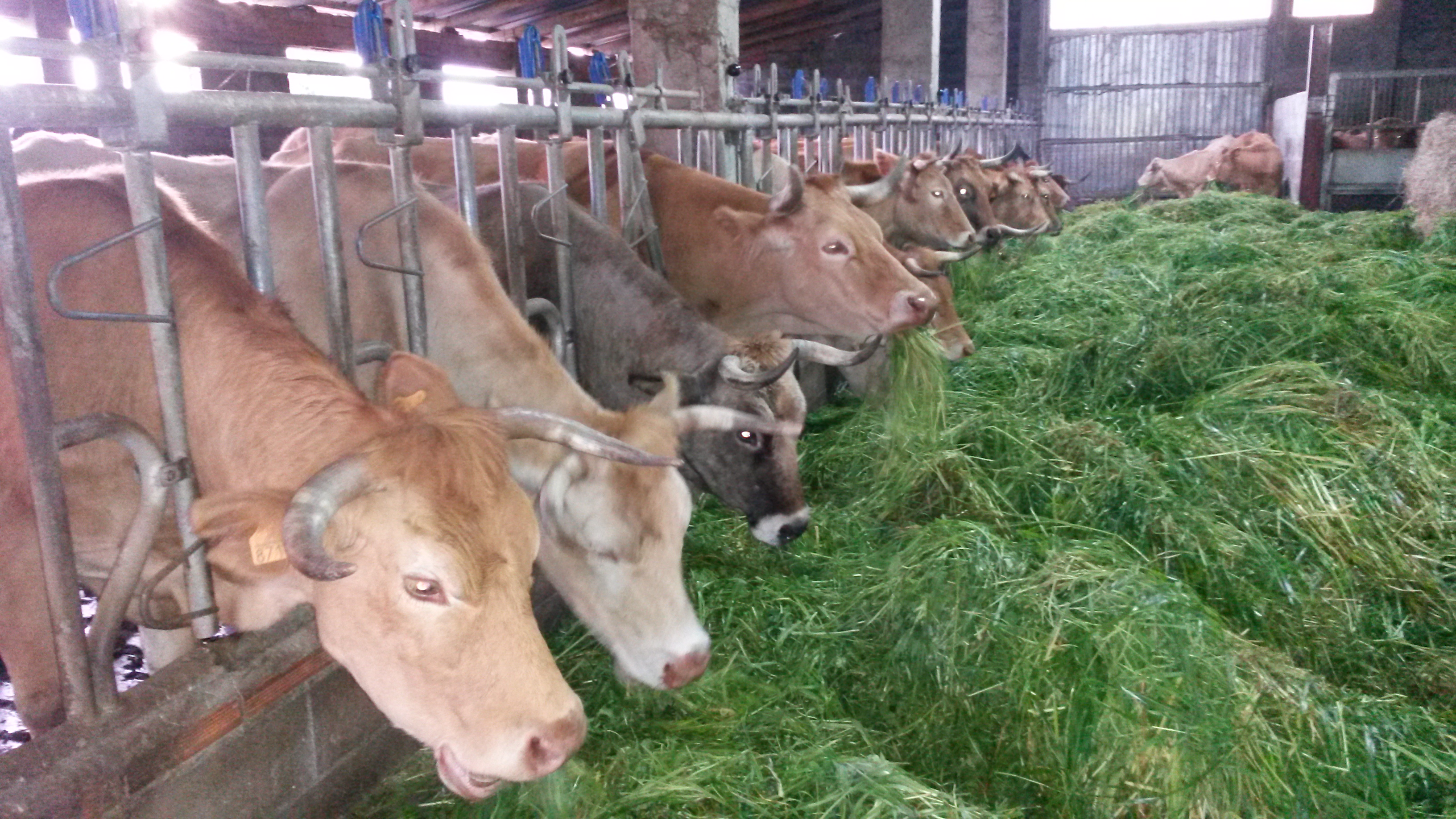 Even at my age, with a balance between training and experience, and the energy to face new challenges, I recognize that it is not so easy in the area where I was born (and I love so much) deciding to be a peasant (I already am a part-time peasant). Family pressure, inheritances, clichés, the different access to resources (rural – urban) especially as regards access to education for children, and the establishment of a new fully installed rural family are heavy loads to the point that I understand that there are few people willing to accept them; but: What has happened in so little time? I remember the quality of life I enjoyed as a child 100% farmer, the joy of performing tasks specific to a peasant child, and memories so sweet as that of being taken to school by my grandfather on the back of our donkey… I feel unable to make my son as happy as I was, and supposedly he has more access to resources than me when I was his age. The whole story is not the desire to draw attention to me, it’s a reflection, from my point of view, but without judgment, of a concrete situation of the infinite casuistic, which undertones are common and objective: the loss of self-esteem of the rural worker (peasant and not really farmer or breeder) and insufficient appreciation of their work from the rest of society. But, is this a consequence or not?

After this X-ray that wants to be a proof of sincerity comes the criticism, for which I would like to have an answer:I settled officially in July 2014, (although I have worked all my life), when the last farm owner, my mother, had the opportunity to retire, and if the accounts are good I was no longer considered a young farmer (I was born in March 1973). Great, it means that when you’re 40 you can no longer have projects? Nor receive any installation subsidy.

In summary, to work more, I pay more to the social security, I bring more taxes, I see fewer benefits of my productive activities (so I have a disadvantage in comparison), and, the last straw, in the future if I come to retire, the administration cannot reward my effort. Ultimately, this is the perfect cocktail to maintain the type of farms which I have been fortunate to inherit.

Anyway, the farm where I work, is sustainable, and are useful to defend this point of view the data of 2015 (among others): even though I don’t perceive any subsidy, and with only the pay of 75% of the price per cow (1700 €), and its small size, my farm has produced 1.3 times the minimum salary. 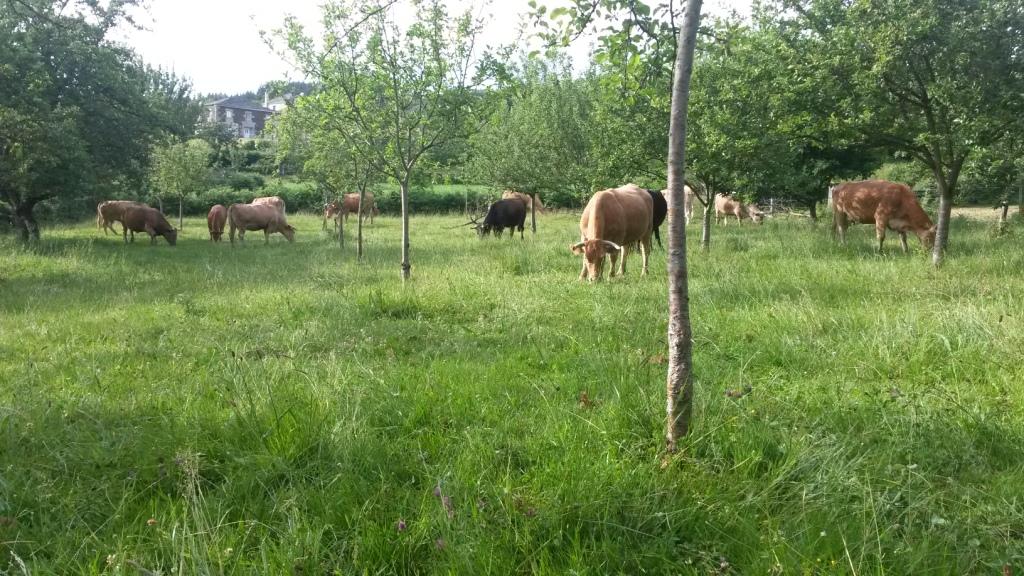 The paradigm shift is possible, believe in our rural world and the people who work in a different way is easy, (I speak of small farms, farmers who produce milk for less than 20 cents a litter, they exist, and many of those who participate part-time) and if I dared to perform this act of sincerity with you, is because I have seen the times I’ve listened to you that you also have a sense of peasantry, essential to understand what I say, something that I haven’t seen in almost no politician in charge of the rural world in a while. I encourage you and show you my support to make big changes, such as, for example, develop 41.000 hectares of almost 800.000 abandoned in Galicia, which would serve to not have to import grain and maize from the other side of the Atlantic.

Simply THANKS for listening and congratulations for your attitude.